After an angry mob attacked the Capitol last year and users on the right-leaning social network Parler organized, shared footage and called to “burn D.C. to the ground,” Kara Swisher grilled the platform’s co-founder and C.E.O., John Matze. The interview was cited in Apple’s decision to take Parler off its App store and Amazon’s decision to suspend web hosting service for Parler. Google also booted the platform off its Play Store. Parler effectively went offline because of these three moves, and Matze lost his job.

[You can listen to this episode of “Sway” on Apple, Spotify, Google or wherever you get your podcasts.]

A year after Jan. 6, and with Parler back online, Swisher interviews the platform’s new chief executive, George Farmer. He’s bent on reviving Parler, saying: “You’ve never seen a company quite so unceremoniously booted off into digital exile. It’s the kind of medieval equivalent of the church sort of excommunicating someone.” He sees the deplatforming of Parler and the former president as signs that Big Tech has gotten too big and too powerful, calling the companies “the unprecedented leviathans of the corporate world.” And yet, Farmer notes, “here we are basically saying, ‘These guys are good guys.’”

In this conversation, Swisher pushes Farmer on how his platform failed on Jan. 6 and what it may still be missing today. They also discuss Donald Trump’s return to social media and the end of Marjorie Taylor Greene’s personal Twitter account. And while they both agree that Apple, Amazon and Google could have done more to punish other social media sites, like Facebook and Twitter, after Jan. 6, Swisher pushes back on Farmer’s assertion that the lack of action was some kind of “colluding behavior” among tech giants. Her take? They simply didn’t want “the stink of sedition” that Parler and Matze helped enable a year ago.

(A full transcript of the episode will be available midday on the Times website.) 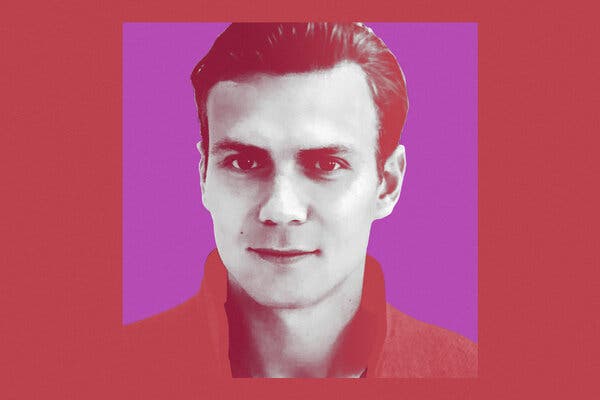 Thoughts? Email us at sway@nytimes.com.

The Fight Over Abortion History

Jan. 6 Looks Different Through the Lens of ‘American Carnage’

The Man Who Could Ruin the Philippines Forever

Yes, We Should Cancel Student Debt, but Only for Some

The Information War in Ukraine Is Far From Over