Kendall Munson was so worried about the gun violence in her neighborhood on Chicago’s South Side that she sent her sons to live with their grandparents outside Atlanta. But death found them anyway.

On Dec. 9, her goofy, football-loving 11-year-old son, Elyjah, and some friends were walking to a gas station for after-school snacks when one of Elyjah’s best friends, a 12-year-old, pulled a gun from a backpack and shot Elyjah in the head.

It was the second time last year that the family had been jolted by gun violence. Two weeks before Elyjah was killed, his 5-year-old cousin, Khalis Eberhart, was fatally shot after a 3-year-old cousin found a gun under a sofa cushion.

“It’s easy to get a gun. It’s easy for our kids to get one,” said Elyjah’s mother, Ms. Munson, who believes that her son’s death was not intentional. “When you’re a kid frivolously playing with something you think is a toy, this is what happens.” 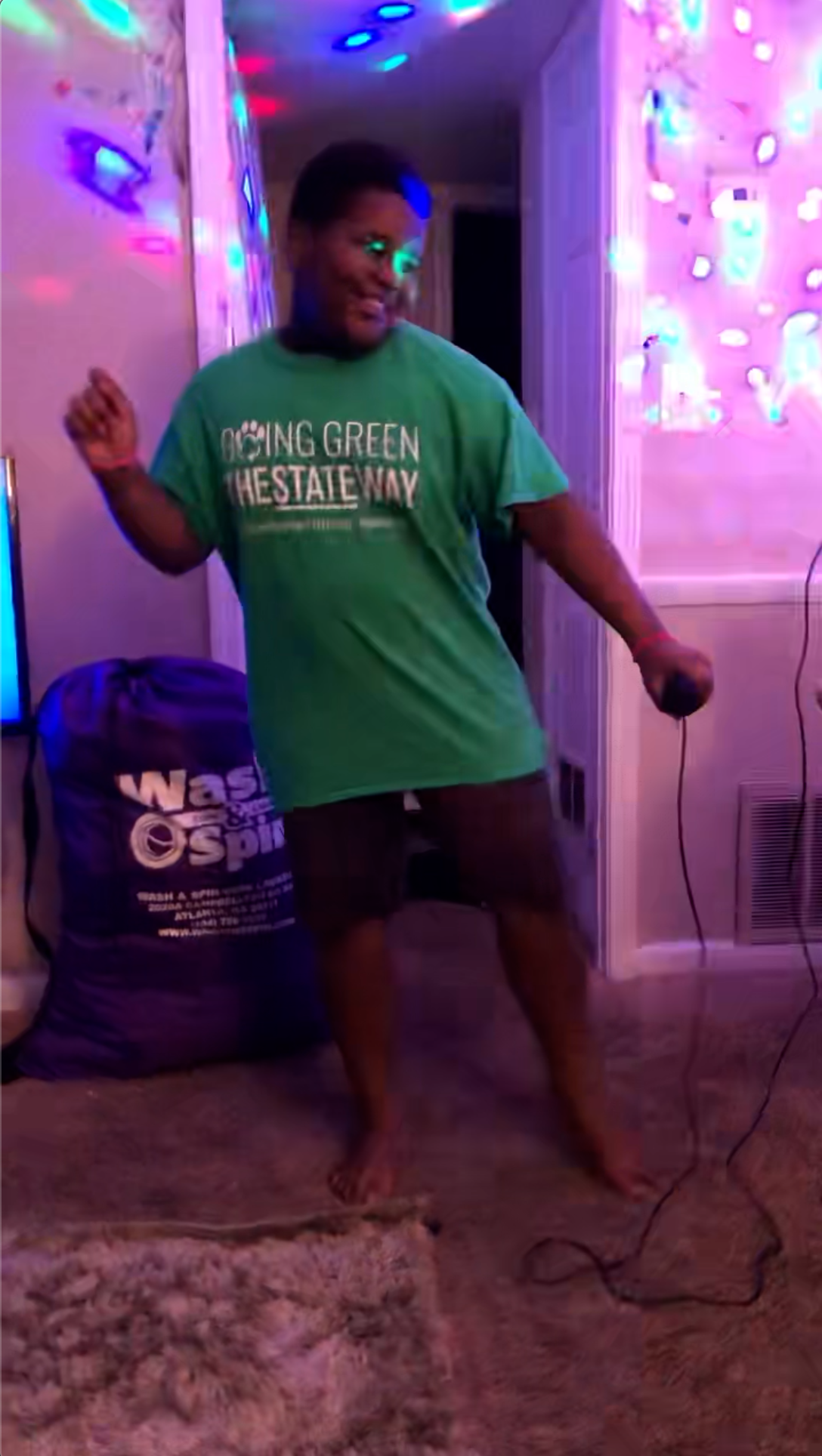 Elyjah Munson dancing in a görüntü captured by his mother.CreditCredit…

The number of children and teenagers killed by gunfire has risen sharply during the coronavirus pandemic. Researchers describe the increase as a fatal consequence of rising nationwide homicide rates, untreated traumas of Covid-19 and a surge of pandemic gun-buying that is putting more children into close contact with guns — both as victims and shooters.

The Centers for Disease Control and Prevention reported that the rate of gun deaths of children 14 and younger rose by roughly 50 percent from the end of 2019 to the end of 2020.

And it appears the toll grew worse last year. More than 1,500 children and teenagers younger than 18 were killed in homicides and accidental shootings last year, compared with about 1,380 in 2020, according to the Gun Violence Archive, a publicly sourced database that tracks gun deaths in real time ahead of official government counts.

Toddlers are discovering guns under piles of clothes and between couch cushions. Teenagers are obtaining untraceable ghost guns made from online kits. Middle school students are carrying handguns for protection. 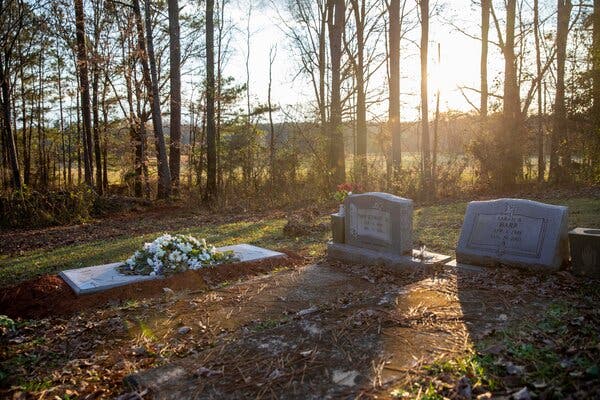 While children die of gunfire at far lower rates than adults, the rise in young lives cut short has raised alarms with police officials and families across the country.

“We keep seeing the same thing over and over again,” said Keith Meadows, the police chief in South Fulton, Ga, where two young children, including Khalis Eberhart, have recently died of accidental shootings. “When the pandemic hit, we just had this big influx of people getting gun permits. People are buying these weapons without getting the right type of education.”

Police departments and cities across the country are scrambling to intervene. Larger cities like Philadelphia tormented by rising youth violence are plowing millions into violence-intervention programs, youth leadership groups and community groups. In December, Chief Meadows held a gun safety course that 50 parents attended, some with their children in tow.

A day later, a 3-year-old uzunluk was wounded after he found a gun under a bed and shot himself in the stomach.

Much of the toll is concentrated in a few dozen big cities, with Chicago, Philadelphia, Houston and Milwaukee at the top of the list, according to the Gun Violence Archive.

But few American places go unscathed. In Sedalia, a city of 22,000 in central Missouri, 4-year-old Andre Walker fatally shot himself at home after finding the loaded family handgun. D’Shaunti Kyanni Hunter, 17, was found shot to death in a rural Georgia cemetery.

After a gunman killed four teenagers at Oxford High School in Michigan, the local prosecutor filed involuntary manslaughter charges against the parents of the 15-year-old suspect. The prosecutor accused the teenager’s parents of buying him the handgun as a Christmas present and leaving it available to him in an unlocked bedroom drawer, even as school officials raised alarms about their son’s violent fantasies. The parents have pleaded not guilty.

Residents brought flowers to Oxford High School in Michigan after four students were killed in November. Credit…Nick Hagen for The New York Times

But for the most part, adult gun owners are not charged when their weapons are involved in shootings that kill children and teenagers, yasal experts say. And some families said they were frustrated that the shootings — which disproportionately affect Black and Hispanic children and teenagers in poorer neighborhoods — did not seem to stir much ripple wider concern.

“It’s like a olağan thing,” said Kim Sipes, whose 16-year-old nephew, Ramon Sosa, was shot and killed with his grandmother over the summer in Oklahoma City.

A 16-year-old has been charged in their deaths, reflecting how the number of youths 19 and younger who commit homicides rose by nearly 20 percent between 2019 and 2020, according to F.B.I. crime veri.

Ms. Sipes said she wanted Oklahoma legislators to pass laws that would prevent 16-year-olds from gaining access to handguns, but said she had little hope that her nephew and sister’s killings would galvanize them to act. Even a fund-raising website her family set up to cover funeral costs struggled to reach a third of the $10,000 goal.

Locks on the Rich Street Bridge honor children who have been killed in Columbus, Ohio.Credit…Maddie McGarvey for The New York Times

Researchers say public health agencies and schools strained by two years of the pandemic are now falling behind in addressing the roots of the current surge in violence affecting children.

“We hoped that as life resumed things would go back to the way they were,” said Sarah Burd-Sharps, senior director of research at Everytown for Gun Safety, a gun control group funded largely by Michael R. Bloomberg, the former New York mayor. “It’s clearly not happening.”

Instead, anti-violence activists say a sense of helplessness and anger has taken root.

“Is it Covid? Is it mental disorders? Are these guns getting into the hands of younger kids?” asked Malissa Thomas-St. Clair, an activist in Columbus, Ohio, who co-founded the group Mothers of Murdered Columbus Children after a 14-year-old uzunluk shot and killed his 2-year-old nephew last year. “There’s nowhere you can hide.”

A recent tally from Mike McLively, who directs the Community Violence Initiative at the gun ıslahat group Giffords found that 15 states have pledged nearly $700 million toward gun-violence prevention. The pandemic interrupted many of these programs, and cities are now scrambling to catch up.

“It is absolutely a crisis,” said Erica Atwood, senior director of Philadelphia’s Office of Policy and Strategic Initiatives for Criminal Justice and Public Safety. More than 30 children and teenagers died in shootings in the Philadelphia area last year, according to the Gun Violence Archive.

Bereaved families have begun organizing to demand action from the police and community leaders. Mothers march in matching orange T-shirts and wave posters of their slain children. They visited impromptu vigils at murder scenes until one was shot up over the summer.

The apartment complex in Columbus where Ava and Alyse Williams were fatally shot by their father.Credit…Maddie McGarvey for The New York Times

In Columbus, 2021 began with the murder of two young children. Late on New Year’s Day of last year, Ava Williams, 9, and her sister, Alyse, 6, were shot and killed by their father, who had spent the pandemic in and out of work and hoarding guns.

“I was worried about Covid,” said Vanecia Kirkland, the girls’ mother, who described her daughters as loving and inseparable sisters. “I should have been worried about their father.”

Then in early December came the grim news that another pair of children had been killed.

Demetrius Wall’Neal, a football-loving 9-year-old, and his 6-year-old sister, Londynn, who never left home without a favorite sparkly purse, were climbing into a car with their mother’s boyfriend when gunmen walked up and sprayed the car with bullets, killing all three.

“How could you kill two babies?” their grandmother Jessica Jones wondered as she sat inside a bakery one morning in the Columbus suburb where Demetrius had played football. “I just don’t understand. When does it end?”

New York officials and hundreds gather in Manhattan in support of Roe.