When Franz Liszt and Sigismond Thalberg, two of the great piano virtuosos of the 19th century, shared a bill in Paris in 1837, the critic Jules Janin was there to report on what he called “an admirable joust.” Both in their mid-20s at the time, these musicians were already rivals on the European scene, each with devoted partisans. Their meeting at the salon of the Princess Belgiojoso, for a concert benefiting refugees of the Italian war of independence, was bound to be a duel to remember.

Among the finger-blurring works on offer was likely Thalberg’s rendition of his fantasy on themes from Rossini’s 1818 opera “Mosè in Egitto.” Marc-André Hamelin, a contemporary heir to these pianistic giants in his searching creativity and utter technical security, includes the piece on his new release on the Hyperion label.

The whole album evokes a sense of that 1837 encounter, featuring something of an “anything you can do, I can do better” selection of Liszt’s and Thalberg’s solo-piano adaptations of Italian opera excerpts. Mr. Hamelin also plays the formidable “Hexaméron,” commissioned by the Princess Belgiojoso but not ready in time for the benefit; for this work, Liszt and five other composers, including Thalberg and Chopin, wrote variations on a march from Bellini’s “I Puritani.” (Another superb new release, on Harmonia Mundi, compiles Liszt’s solo transcriptions of Beethoven’s symphonies.) 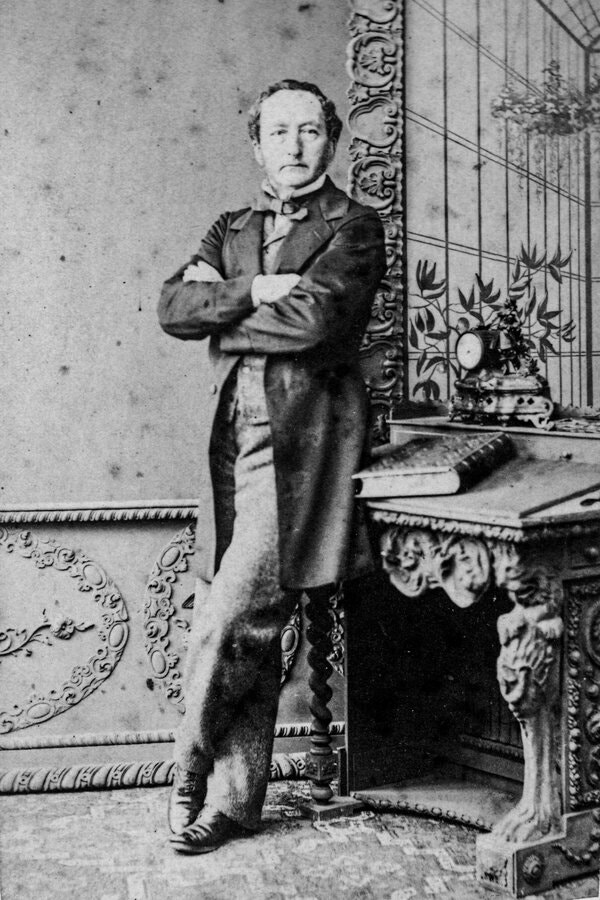 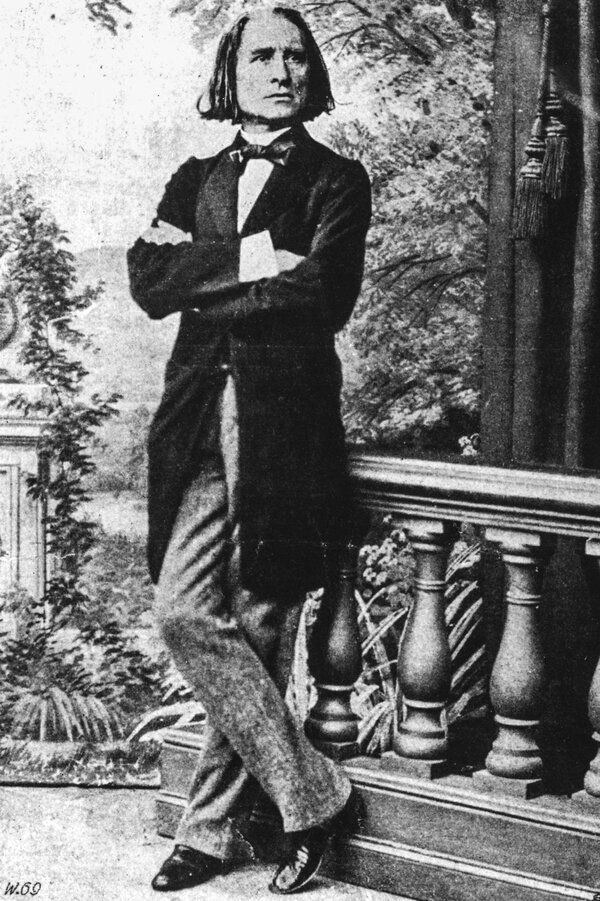 “They were written, from a purely pianistic standpoint, to dazzle,” Mr. Hamelin said of the opera-inspired pieces on a FaceTime call from his home near Boston. “But they were also meant to popularize these operas, which weren’t necessarily produced very often.”

The great keyboard duel seems to have been something of a draw. “Liszt and Thalberg were both proclaimed victors by this glittering and intelligent assembly,” Janin wrote. But the hostess’s conclusion, while diplomatically ambiguous, is perhaps suggestive of the judgment of history — which has favored Liszt over Thalberg, whose life and works have faded into semi-obscurity. “Thalberg is the first pianist in the world,” the princess said. “Liszt is the only.”

These are edited excerpts from the conversation with Mr. Hamelin.

What were the origins of the album?

A lot of people seem to think, quite naturally, that it came about because of the famous Liszt and Thalberg duel. But no, though it does contain work featured in that duel. For a long time, I wanted to do a disc of Liszt operatic transcriptions, and I also wanted to explore Thalberg. But the more I studied Thalberg and his transcriptions, the less successful they seemed to me. A lot of his opera transcriptions aren’t held together well; these on the album [the “Mosè” and a fantasy on Donizetti’s “Don Pasquale”] are his two successes by a good margin.

So I stuck to what I knew of Liszt; I did “Hexaméron” at the 92nd Street Y in 2007, and [Bellini’s] “Norma” and [Verdi’s] “Ernani” I’ve been playing forever. He was more successful than Thalberg as an architect; he knew how to shape works of this kind from beginning to end. There are only a few examples of Liszt rambling. I thought it best stylistically to stick to Italian opera, for homogeneity, or I could have added his arrangement of the “Faust” waltz [originally written by Gounod], the “Liebestod” [Wagner] and, if I was very brave, the “Tannhäuser” overture [Wagner again].

Is there still a prejudice against what’s been perceived as Liszt’s empty-headed bombast?

Liszt has been pooh-poohed a lot — for his overt virtuosity, I guess. I can’t think of a better word, but virtuosity should be something very positive. Maybe he’s been criticized for his excessive writing. But I think that anybody who hurls that criticism at Liszt should do that at Paganini, too, don’t you think? But virtuosity has always been considered part and parcel of violin playing and not of the piano — even though Liszt was the greater musician. If you take the time to really look at Liszt’s writing and his accomplishments, he practically gave us the symphonic poem. He is at the root of the harmonic explosions of the 20th century; Liszt and Wagner really started it all.

But Liszt has been polarizing. I have copies of the old Urania records that my dad had of the symphonic poems, the “Dante” and “Faust” symphonies, and he used to just wear those out. He was a little militant about Liszt. But then I have a friend who was a concert presenter in Montreal who really, really did not like Liszt; he thought all of it was a circus. Except every year he put on a performance of the “Via Crucis.” He loved late Liszt; it was stripped of the excess, stripped to its essentials.

The unavoidable question: How are you doing in this crazy time?

Like all of my colleagues, or most, there’s been a colossal loss of income. My wife and I had to have recourse to loans, which have kept us afloat. Happily, there are some concerts on the horizon. If I’m admitted at the border, I have the first two and a half weeks of October playing in Europe. That’s really encouraging.

And I do have a recital on Sept. 25 near Montreal, with an audience. It’s the Lanaudière Şenlik; they made up a küçük şenlik with five events, and I’m one of them. It’s in a town called Joliette, and the concert was relocated to the cathedral. I’m including two pieces by Enescu, a chorale and a “carillon nocturne,” which is very interesting, especially considering it was written by someone who is not known for his pianistic production. It’s nothing but harmonics effects, and in a church, it’ll be perfect.

I’m not one to take breaks. I kept hearing about colleagues who really lost their artistic momentum, and I can understand how one would feel that way. But I tried to buck up and say, this is the time to explore new things without the pressure of a deadline.

One thing I did was relearn Beethoven’s “Hammerklavier” Sonata. I performed it evvel, in 1993 or ’94, and I don’t think it went very well. But now, with added experience, so many of the problems solved themselves. Half the battle of that piece, especially in the fugue, is to find the right fingerings. The piece is so anti-pianistic. But there’s a solution to everything; you just have look hard and be a little iconoclastic. I’ve never been one to shy away from putting thumbs on the black keys, for instance, which would horrify some teachers.

And I’m looking toward recording Fauré and C.P.E. Bach. Fauré I’ve always admired and wanted to perform, so I’m doing all the nocturnes and barcarolles. It’s a universe I was so taken by; his harmonic world and his emotional world is like nobody else’s. There’s an aristocracy and a sensuality.

I owe C.P.E. Bach to my wife, Cathy Fuller, who is a producer and host at WCRB. (We met over an interview, incidentally.) She was broadcasting and I was at home, and she put on one of the sonatas from Mikhail Pletnev’s recording on Deutsche Grammophon, and at the ending, I got completely thunderstruck. Bach just chooses to end in the middle of a phrase on a first inversion. I went to the score, and, mühlet enough, it wasn’t an editing mistake. That alone set me off exploring his work, especially his late work.

You did some audience-less performances for streaming over the past months. What did that feel like?

I’ve been in a studio so many times, and it felt like that. And when I’m in the studio, I always try to imagine an audience. My level of commitment is always the same. But inevitably, when there’s an audience, there are faces you’re playing for. You have more a feeling of sharing. That’s what the concert experience is for me. It’s not displaying, it’s sharing.

Disunited Kingdom: Why Scottish independence is now more likely because of Brexit